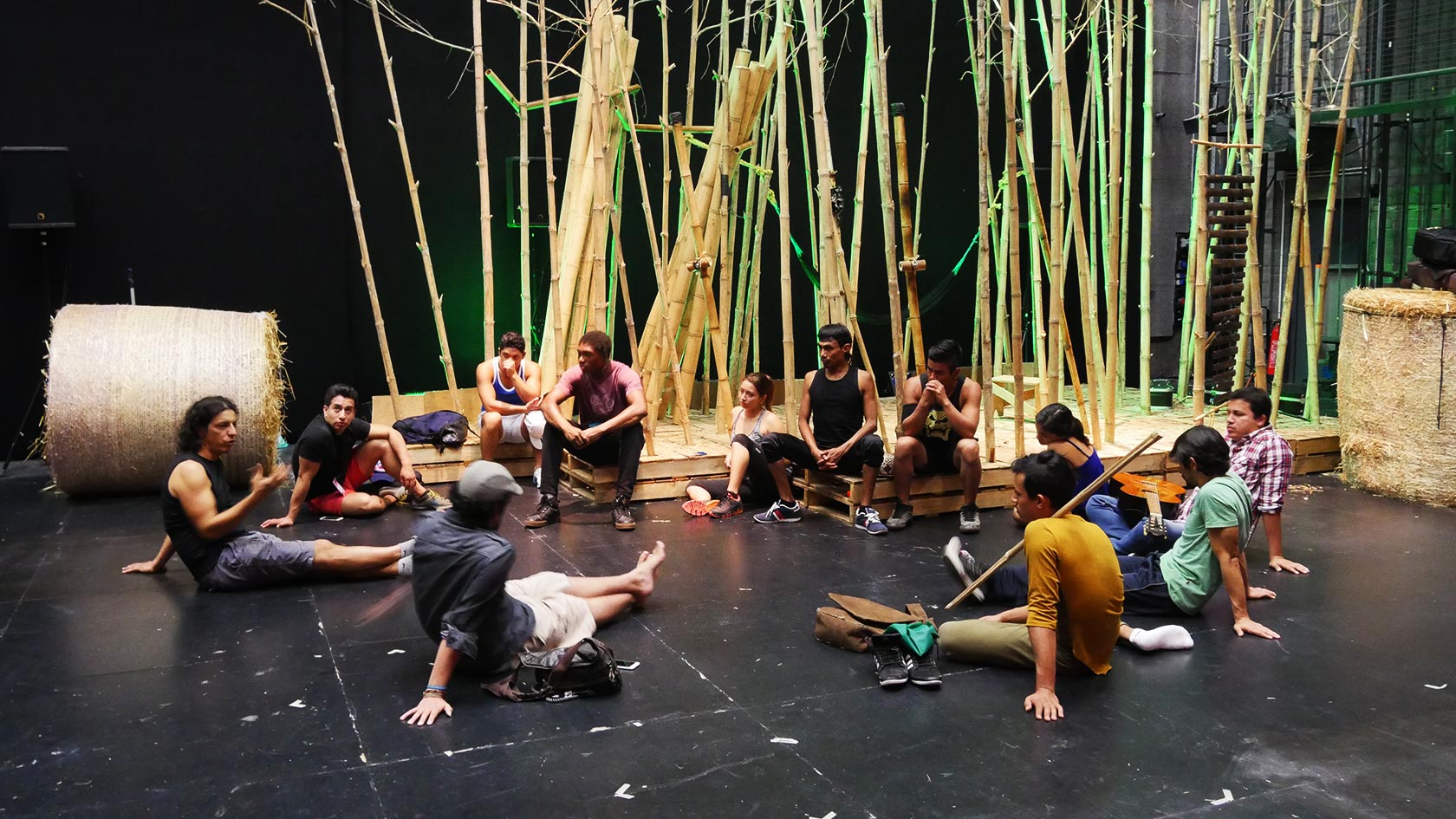 Ciclicus was founded in 2009 with its headquarters in Barcelona. Its main task is to produce and promote stage performances together with artistic direction and interdisciplinary staging. The circus seen as a narrative using acrobatics, acquires a dramatic force that induces our audience to experience profound and meaningful emotions. In this way our audience plays an active role in our performances.

Our projects are based on characters with a deep emotional score, drama and landscape that are brought to the stage using collective creativity. Our team of interdisciplinary professionals plays an active role both in the creativity and staging. Therefore our work is enriched with experience from different fields with their own point of view.

Our structures are built for circus staging using raw materials from nature. These elements on stage turn our artistic process into a journey with new experiences, unexpected shifts and surprises. A road that links us and enables us to develop harmonious and unique staging.

Leandro Mendoza Artagaveitia playwright, director and circus artist persuaded Tanja Haupt musician in 2009 to share a new adventure. They founded a company to produce their first show Ciclicus witht the idea of joining together their two art forms: circus and music.

The company has produced three shows so far Ciclicus 2010, La Tartana 2014 and Pals 2015/ and has taken part in other shows as well.